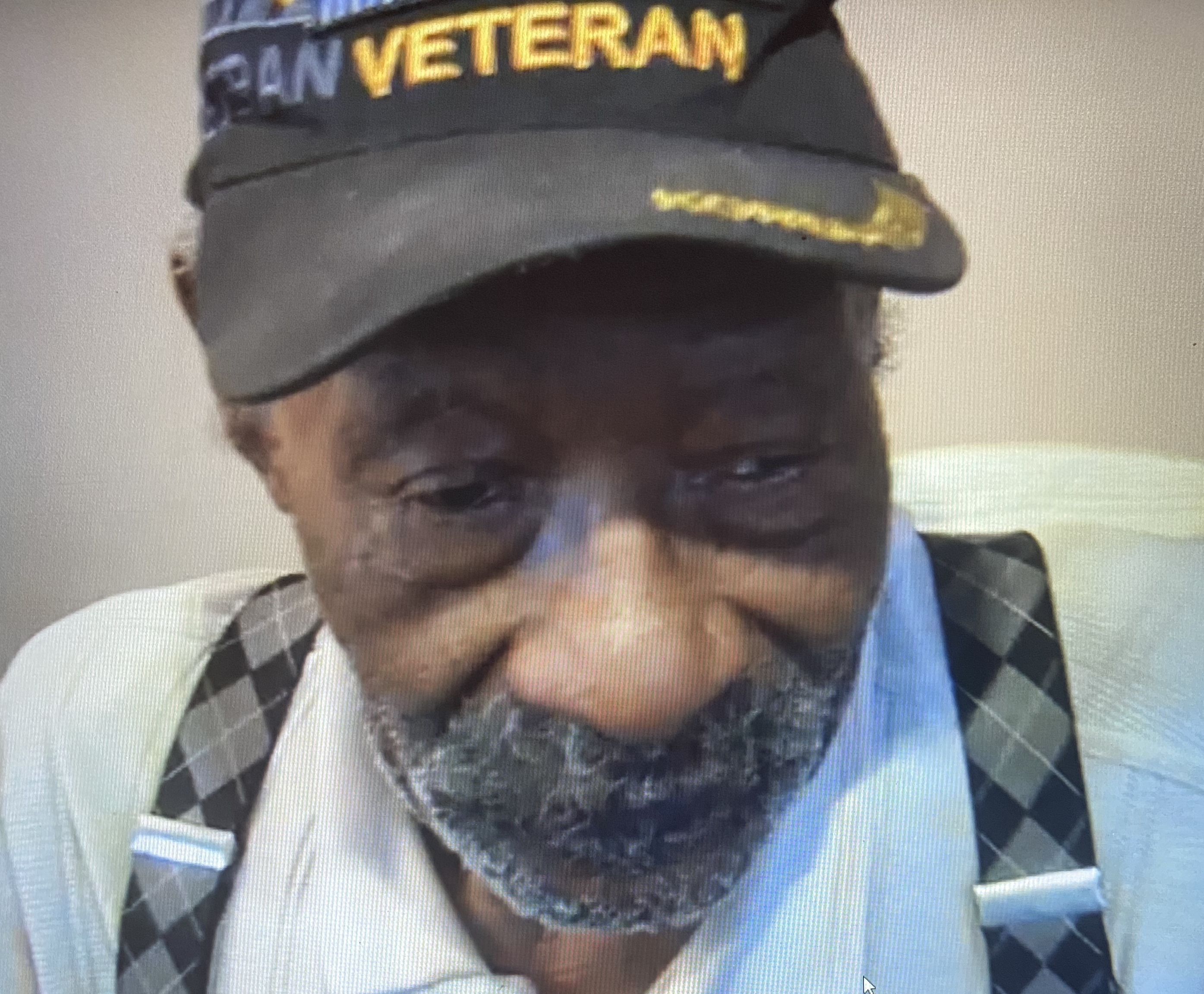 One of our members, Audrey Quinn, helped her 91-year old grandfather, Mr. LaRue Stallworth, with finding some much needed resources. Mr. Stallworth was in need of repairs to his home.  Once the repairs were assessed it was determined that they were beyond repair. WIth that in mind, Ms. Quinn went to work seeking resources to help her grandfather who served in the United States Army. Mr. Stallworth is an army veteran who fought in the Korean War. The Korean War was fought between 1950 and 1953 under President Harry S. Truman. Not only did Mr. Stallworth serve his country, but he also cares for his son with special needs.  In order to keep Mr. LaRue and his son from becoming homeless something had to be done immediately. There were many agencies willing to help veterans but finding them was not the easiest task. After several months and many phone calls, Mr. Stallworth and his son now have a new home. We would like to thank all of those involved in helping our veterans, especially Mr. LaRue Stallworth who has a new home in which he can be proud. Special thanks to the following non-profits: Vettes4Vets and Habitat for Humanity.

To view the news story which view on WBRC-6 click News Story below.

Register for this event

Your registration has been received.

Your email has been sent.

We have just sent an email containing a new password to login. You can always change this password by logging in and visiting the settings page.

Your request for an account has been received. Once this information is moderated you will receive an email with your account details.

We are excited you've joined the ChurchSpring family! It is our desire to come along side your ministry as you seek to reach the world for Christ. We would like to take you through a quick tutorial to get you on your way. Click continue to get started.

You have reached the limit of 6 main level navigation items. You can always rename or delete your existing main nav items to better organize your content. Consider adding pages to the sub navigation menus as well.

Are you sure you want to delete this item?

We are processing your request. Please do not click anything until this process is completed.
Thank you.

Are you sure you want to remove this member?

Removing this person from the group will not remove them from the system. You can add them back at any time.

Your message has been sent!